‘Tonight I will take inspiration and I’m going to do incredible tactics tomorrow. We play with 12 tomorrow

all said in jest by Manchester City’s Pep Guardiola ahead of his side’s clash with Atletico Madrid, the Spaniard’s ability to over-analyse and overthink situations is both part of his genius and, in the last decade of Champions League football, a key facet of his downfall.

Speaking to the Athletic, Bayern Munich forward Thomas Muller revealed the dilemma that exists in his former boss’s mind.

‘In knockout games, Pep pays a lot of attention to the opponents and their strengths’ the German revealed. ‘He’s always a little torn between paying extreme attention and respect to the strengths of the opposition — more so than against smaller teams — and sticking to his convictions and to a system he believes in, to go, ‘We will play with that risk because that’s who we are’.

In fact on multiple occasions for one reason or another he has taken a tactical risk that has backfired, dumping his side out of the tournament in the process. lookingback, 101 counted a total of five across the last decade alone.

In a quarter-final stage reduced to a single leg as a result of the Coronavirus pandemic, Manchester City had one of the most favored draws on paper, drawing a Lyon side that finished 7th in the prematurely curtailed Ligue 1 season.

Better still, there was no other football to contend with, with the games being played at the end of the Premier League season. It was all set up perfectly for the Citizens.

But, when the players took to the pitch, there was a Guardiola inspired twist as Fernandinho lined up as part of a three-man defence, rather than in central midfield. The additional defender meant that Riyad Mahrez, Phil Foden and both David and Bernardo Silva all had to make do with a spot on the bench.

And while Manchester City had glorious chances to take control of the game, the decision to switch to a back 3 to match up the Lyon system left them at times confused and disjointed, while their opponents were far more comfortable.

Instead of being a game-changer, it was an odds-leveller, and Lyon ensured that they took full advantage, knocking City out.

The most glaring moment of Guardiola outthinking himself on this list, Manchester City went into the biggest game in their history having failed to beat Thomas Tuchel’s Chelsea that season to date, and having struggled to break down the stubborn back three that the Blues operated in.

And as a result, Guardiola clearly thought he had to do something to change the game, and lined up without a recognized holding midfielder for only the second time that season, despite having both Rodri and Fernandinho available.

It backfired massively, as City lost a key foothold in the game and N’Golo Kante, man of the match in both semi-final legs against Real Madrid, dominated once more. Though the scoreline only ended 1-0, it was a game of few chances with City looking timid and unsure of themselves, far from their usual swagger.

On their biggest ever stage, Pep had thrown a cat among the pigeons, and it left his team the one with egg on their face.

A first half in which Liverpool ran riot at Anfield ultimately proved enough to knock Manchester City out of the Champions League in the season that they went on to become Premier League centurions, losing just two games in the process.

But, despite insisting before the game that he wouldn’t change in the face of opposition, Guardiola conceded that his side would be second-best with his team selection, opting to remove Raheem Sterling from the starting XI in favor of Ilkay Gundogan.

With one part of the high precision machine that is a Guardiola side changed, the result was chaos, something that Liverpool took full advantage of as they scored three times in the opening half-hour, ending the Champions League dream for another season.

Proof that Guardiola’s tinkering was an issue even before his arrival on English shores, he deployed a bizarre system when he took his Bayern Munich side to his old stomping ground the Camp Nou to take on Barcelona in the semi-final of the 2015 Champions League.

It was a Barcelona side in a magnificent vein of form, going on to win the treble by beating Juventus in the final, and like all of Guardiola’s schemes, the plan to stop them sat on the border between genius and madman.

The Spaniard opted for a back three, employing Raphinha, ostensibly a midfielder, on the left side of his defense as he looked to go man-to-man with Barcelona.

And it could have had devastating consequences, as Barcelona missed a host of glorious chances and stretched the German side’s new-look defense with the mighty trio of Lionel Messi, Luis Suarez and Neymar.

In fact, it was so audacious that it was ditched midway through the first half, with a back four much more stable for the Bavarian giants until they were ruthlessly punished in the final quarter of an hour of the game.

Had they persisted with the back 3, it could have been an embarrassment rather than the heavy defeat that they suffered at the hands of Europe’s best side that year.

It is a season that will be remembered as the one in which Kylian Mbappe burst onto the scene at Monaco, but they headed into the second leg of their last 16 tie with the French side in the driving seat having prevailed in a 5-3 frenzy at the Etihad stadium.

Guardiola warned before the game that ‘if we don’t score a goal we will be eliminated’, and set his side up to do just that, dropping Yaya Toure to the bench to field another attacking option and leaving Fernandinho as his only recognized defensive midfielder.

And, in a Monaco side boasting the likes of Fabinho, Bernardo Silva, Timoue Bakayoko and Thomas Lemar as well as Mbappe, the choice to dispense of a defensive option proved costly as the French side dominated the first half, and ultimately set the tone for the game. 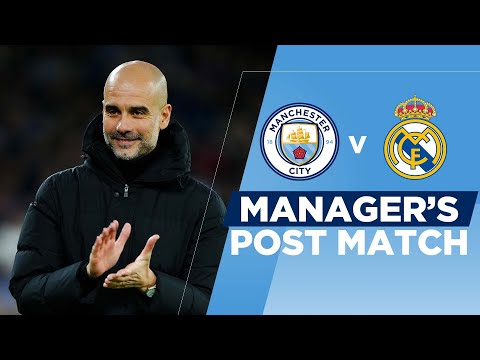 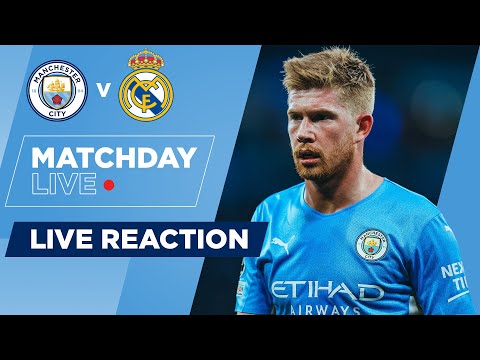